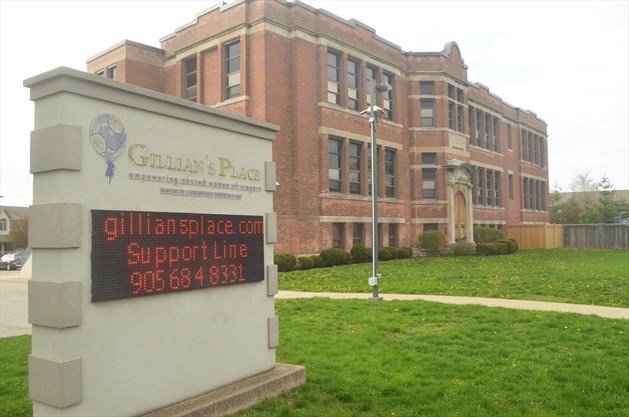 A study of Canada's women's shelters by the Standing Committee on the Status of Women found current funding levels inconsistent, making operations unsustainable. Though Gillian's Place didn't take part in the study, its executive director Tanja Leob said the findings speak to her organization's experiences.

A report for the federal standing committee on the status of women paints a bleak picture of national efforts to address violence against women, saying funding levels fall short of the demand for services, meaning many women and children are forced to remain in violent situations.

And though Gillian’s Place didn’t take part in this particular study, its executive director says the issues raised by witnesses across the county mirror almost perfectly the experience locally.

The House of Commons standing committee held hearings between October and December 2018 on the system of shelters and transition houses serving women and children affected by violence, hearing testimony from dozens of organizations, individuals and federal departments and agencies.

As well, the lack of services may force some women and children to return to or remain in violent situations. Women and children affected by violence may face further challenges when they leave shelters and transition houses, including waiting times for, and difficulty accessing, transitional housing, and a lack of safe and affordable permanent housing.

The committee lists 20 recommendations with the aim of addressing the gap in service, ensuring a consistent availability of services across Canada — notably rural communities and increasing women’s access to safe affordable housing and supports.

Tanja Leob, of Gillian’s Place, said the report rings true and that the issues described are nothing new.

“These are issues that are long-standing and ongoing,” she said. “We’re pretty much at a national crisis in responding to violence against women.”

The St. Catharines shelter, which receives funding from Ontario’s Ministry of Children, Community and Social Services, has not had a funding increase — save for a small one a few years ago — for quite some time.

Leob said the increase they did receive doesn’t even come close to meeting the cost of living, let alone the rising cost of business. This means they have to fundraise more to try to close the gap.

“That creates a huge ripple effect,” she said, explaining the shelter is at or above capacity the vast majority of the time.

Add in Niagara’s housing squeeze, and the fortunate few who are able to able to access the shelter end up staying longer.

Leob said the experience with Women’s Place of South Niagara is almost identical to theirs. Together, she said, they were forced to turn away more than 1,400 women last year, a 242 per cent increase over the previous year.

The report also points to a need for prevention, in particular having schools teach children of all ages about gender-based violence, human rights and healthy relationships, with an emphasis on engaging boys.

Leob said we’re seeing the effects of that lack of prevention, as the children of women who have previously entered their system are coming back.

“We just keep seeing the same problem, not just perpetuating but increasing,” she said. “It just becomes a whole cycle of abuse.”

Just as the needs of women are varied, the solutions must be as well, Leob said, noting women in crisis situations are quite often in limbo. A lack of a permanent residence or proof of separation act as barriers to government programs.

“We need flexible solutions that look into the varied needs of woman at this transitional stage of their life,” she said.

Mike Zettel is the Web editor for Niagara this Week and also reports in Niagara's southern tier.

Thanks to our amazing community of supporters, Walk a…

When COVID-19 shut down the economy in March, Mark Meldrum had a decision to make. He…

We are facing a long road to recovery from COVID-19, but not all have been, or will…

The support of our community is needed now, more than ever. Mark Meldrum answered…

Just a few hours left to help us win $20,000! Donations made until midnight tonight…

If you are looking for landscaping services, why not support an organization helping…

RT @mustafahirji: This is what happens with complacency to #COVID19. Let’s keep…